By this time of year the garden usually looks rather sad. Most of the hot weather plants are starting to wind down and none of them are getting the attention they got in the spring when the excitement of planting and growing is at it's peak for me. I find it easy in August and September to let some things go in the garden because it is so hot. This is the first year we have actually gotten a few fall crops planted even though we have talked about it for years. 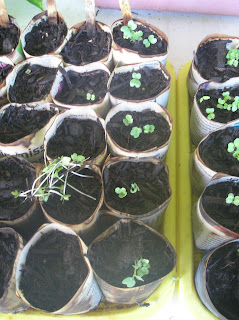 Shortly after we started the seedlings, the temperatures inched up into triple digits and made it difficult to keep them going. The winter squashes are happy with all of the heat, but the carrots, broccoli, cabbage, beets and snap peas aren't at all happy. 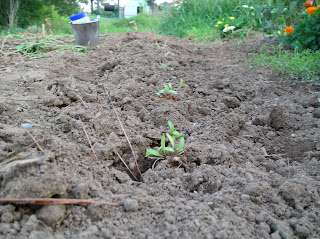 and snap peas made it into the garden. It was cooler when I planted the snap peas and they were happy, started growing and even started blooming. Then we made it up to 105 degrees and they put the brakes on and started drooping. Maybe the fall temperatures will bring them back around.

The beets started growing as well, but the grasshoppers really liked the small seedlings, then along came the dog and dug up a few, then the kittens thought it would be fun to dig up a few more.
Our small row of sugar beets dwindled to only a few plants. If they continue to grow we can at least see how they do and see if we can grow a much larger patch next year.


The potatoes we experimented with are few and far between, and the weeds are prolific, but maybe we will get enough to use as seed potatoes for spring.


The melons won't be big enough to produce before fall. I should have started them much, much earlier. I just thought I would give a few a try while I was planting the winter squash.


Besides a few squash vine borers which I think the assassin bugs took care of, the cushaw, acorn and buttercup winter squashes are going great guns. I am hopeful that we will get a good harvest to store and experiment with canning.


I'm not too sure about the pumpkins. They are much slower than the winter squashes to produce even though we put them in a much more fertile area than the others. Maybe that is the problem, I don't know. 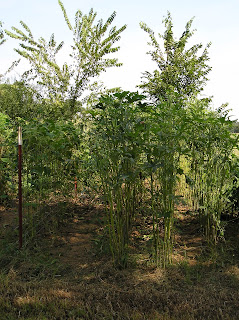 We are still picking some okra, 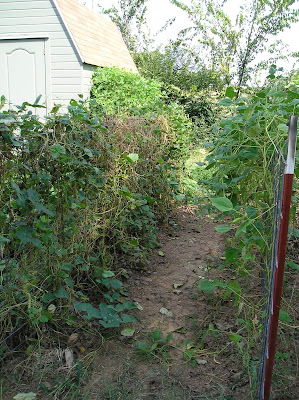 green beans, (even though the grasshoppers have really taken a liking to the vines) 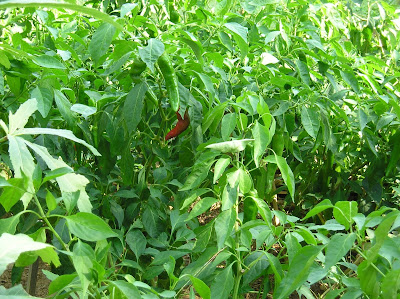 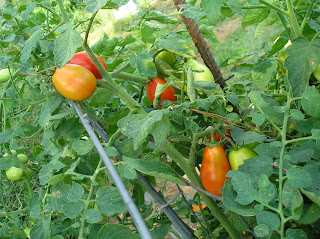 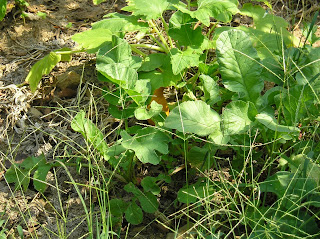 The yellow summer squashes have pretty much died down. 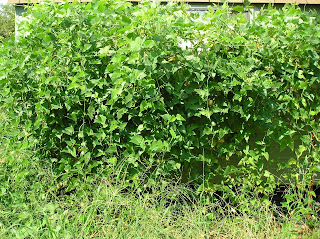 The lima beans, once again, have beautiful vines but only
a few flat pods with no beans. This is the third year I have planted lima beans - all in different locations with varying amounts of nitrogen, and three different varieties. So I have come to the conclusion that lima beans just don't produce here and will go on to other vegetables that I know produce well. 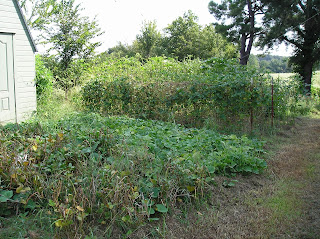 We are still getting some purple hull peas, but they have been rather neglected too. 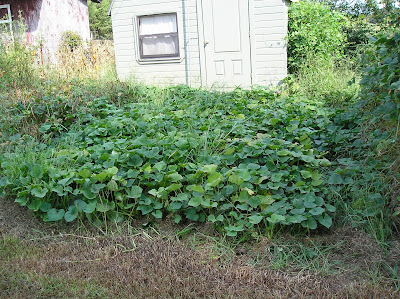 It will be interesting to see how the sweet potatoes have done when we  dig them up. I think I will try digging up a few plants in a couple of weeks. The books say 100-140 days, and I figure the end of September will be about 120 days. Besides that, I am curious to see what's under all those vines. 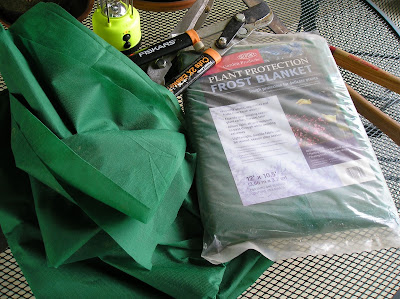 The first average frost date here is October 31st, so we still have about 6 more weeks of growing season left. I think when the first frost comes I will experiment with my frost cloth again and see if I can keep some of the garden going, especially the winter squashes. We like them and the chickens and goats do too. We are ready for cooler weather. It was still 98 degrees today.

It will be interesting to see how much more we can harvest this year. We have learned so much and gotten to eat some really good food. And one of the best parts is yet to come - winter. When we can go look on the shelf at all of the things we have put up, and eat some more really good food.