It was time for dinner and I wanted to cook something easy and quick. So we had toast and scrambled eggs. It took me about ten minutes from start to finish. 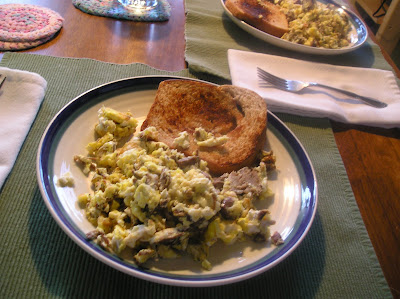 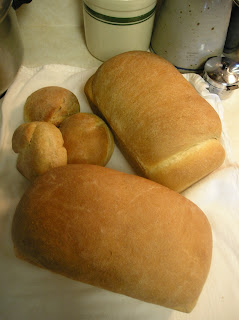 Then I got out the rest of the roast that was left over in the frig. This was a part of a quart bag of frozen roast I had cooked a few months ago. 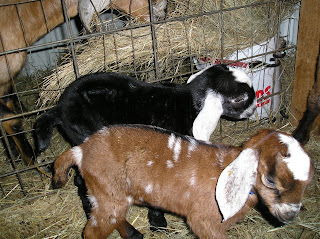 But this roast started out as a young buck kid two years ago, which means we bred his mom five months before he was born. And she was born here a year before she was bred. But before that could happen, we had a barn built and Frank built the birthing pens into the barn. And even before that, we had to locate a herd of Nubian goats about 150 miles from here because we couldn't find any in the area. We butchered some of our wethers (castrated male goats) last winter, thus, the roast for our scrambled eggs. 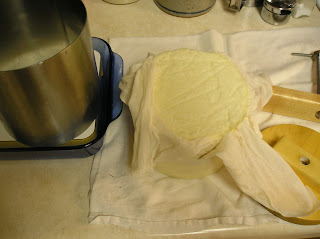 Next, I got out some cheese - cheddar cheese that was made, waxed and set to age in July 2012. 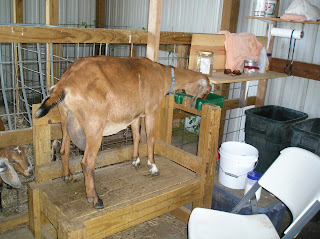 This was made possible by breeding the nanny, that had the kids, that gave the milk, to make the cheese.


Doesn't this remind you of that old nursery rhyme about the house that Jack built?

The last ingredient in the meal was eggs. These we gather every day from our laying flock which was incubated and hatched in April 2012. The eggs that were incubated came from the flock that we hatched in the spring of 2011. 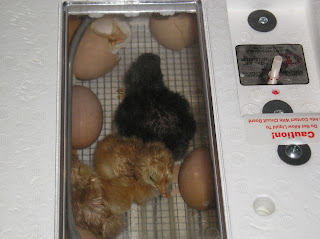 New chicks have to be around six months old before they start laying eggs. And, of course, they need a house with a roost and somewhere to lay the eggs. 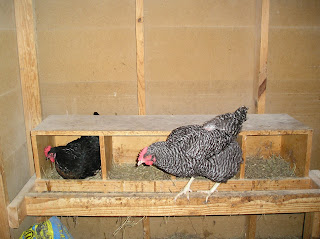 There is an old saying Frank has: Postpone gratification for long term gains. It is very suitable in this instance. Even though, to me, this meal was homemade 'fast food', it has actually been years in the making.

Something to think about. In a world of instant gratification, be it food, the technology with which we blog, clothes, houses, cars, you name it - do we ever really slow down to see, really see, where it all comes from? We have all grown so accustomed to going to the 'store' where someone else provides everything for us. Are we even aware of the process it takes to produce a simple, easy, quick meal that is good, wholesome and nutritious? What would happen if the only 'store' you could ever go to again was your own? Writing this blog has given us much to think about. It has focused our thoughts more than ever before. We hope that it will give you pause, and 'food' for thought.

Posted by Frank and Fern at 8:33 AM
Labels: fast food, gratification