What Is Truly Precious?

We received a comment on Tangible Assets about our thoughts on gold and silver. Frank would like to respond to this gentleman’s thoughtful ideas about the future of society.

I agree to a certain extent to the three phase recovery process. Where I disagree is the presumption that the three stages will be recoverable in a short period of time - from the beginning of phase one to the middle of phase three, a few years.


What I see coming, phase one (collapse) will last decades, moving

into phase two (adapting) where it could stay for a period of time, that we can’t predict. Certain bastions of wealth, education

and security will be isolated in regions all across the world. These will not be accessible to the vast majority of the people. This is where the gold, silver and libraries will be maintained for their security. Deep in the cellars of what we think of as large castles. Depending on how these castles function and survive, they will have great influence if there ever is a phase three (reconstruction).

We have developed into an extremely complex organism or society,

as we somehow like to give ourselves credit for being social creatures. I wonder how Webster's will define society 500 years from now. Being the society that we are right now, we presume that all work for the common good. Any complex organism, has parts of the system that will fail over time.

In our highly developed organism we have large numbers of people that don’t produce or contribute to the common good. Yes, there has always been a part of society that doesn’t contribute - the sick, the lame and the infirm. But today, we have a large group of healthy, strong, robust individuals that will not contribute, not can’t contribute, but will not. Is 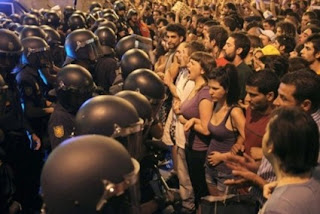 this group at fault because they will not work? Or are they a byproduct of a throw-away society with the delusions of opulence? Men used to work and be proud, but now it seems that work is a scorned concept. It is easy to blame government for the obvious decadence that has permeated all levels of our perceived society. But is government the real problem? Does government actually lead, or does government follow the desires of the society we see in front of us? There are questions in the above mentioned statements that can be discussed at length, but this is not the issue here.

The issue here is whether precious metals are something we should 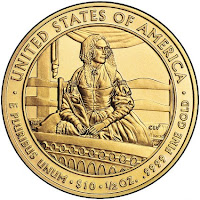 attempt to store. The luster and glitter of gold and silver has seduced many for centuries, when the commonalities of food, shelter and family have been overlooked. I hear some say, we need to get back to the basics and I fervently agree. But I don’t believe this is going to happen by choice, because our society is traveling in a different direction. But it will happen. We will get back to the basics. We will see food, family and shelter as wealth. As for the bastions or castles mentioned earlier? These will survive and they will continue to do anything necessary to protect their precious items, and here is where the conflict will lie forever.