Last year we made our first dill pickles with the cucumbers we grew. The recipe we initially used called for a 50/50 ratio of water and white vinegar. The vinegar flavor for that recipe was way too strong, so we tried cider vinegar and changed the ratio to two parts water to one part vinegar. I thought that recipe was good, but Frank just does not like things that sour. 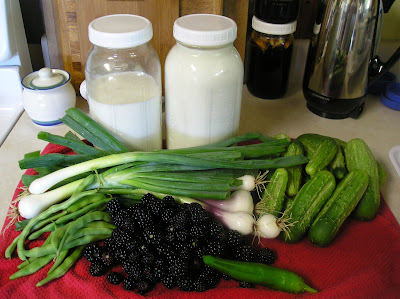 So, with this cucumber harvest, I am trying out a traditional bread and butter pickle recipe. Hopefully, this will result in a pickle that both of us like. We really try to limit the amount of sugar we use in our diet, so I will only use half of the sugar this recipe calls for. That is my standard practice when using many recipes calling for sugar. 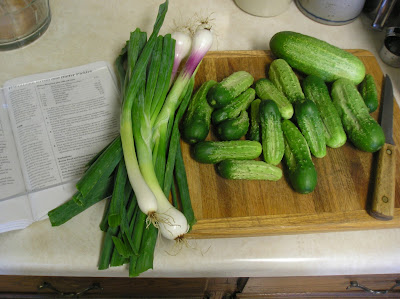 This recipe calls for 10 cups of cucumbers. I hope this is enough. 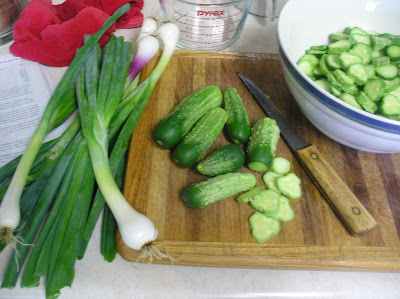 I figured these onions would be the equivalent of four medium onions. I have some I bought at the store, but since these were in the garden, they are the perfect compliment to the fresh cucumbers. 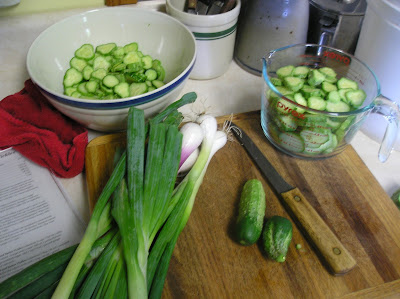 There were just barely 10 cups of cucumbers, but since this is an experimental recipe, this will do. 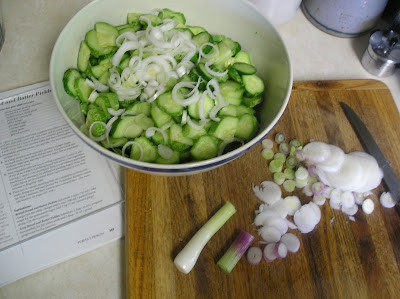 Next, slice and add the onions. 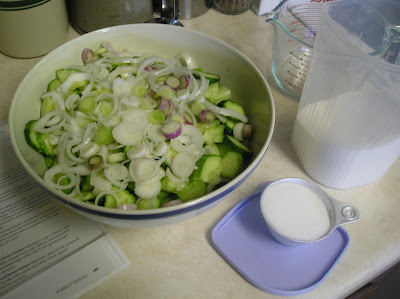 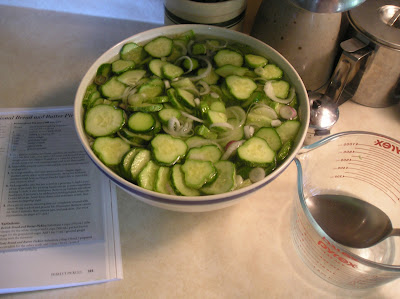 Cover with cold water and let sit for two hours.

It is a fairly simple recipe - vinegar, sugar, mustard seed, celery seed and ground turmeric. The recipe calls for white vinegar. I am using apple cider vinegar because it is not as strong. I think it will be more amenable for Frank. 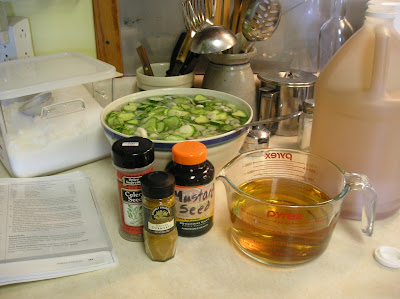 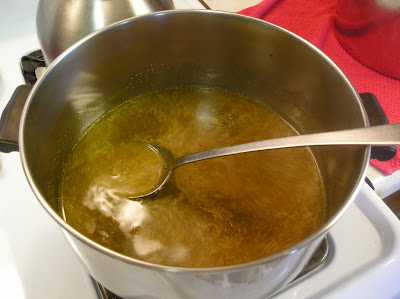 Put vinegar, sugar and spices on to boil. 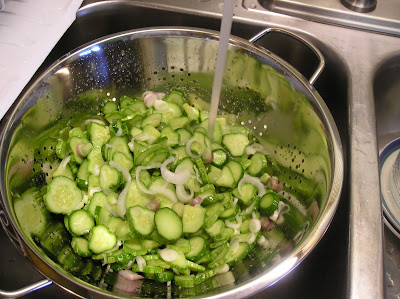 Drain the cucumbers and onions, then rinse under cold water. 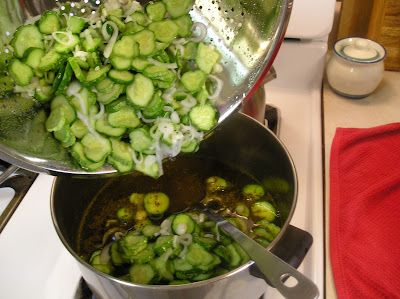 Add them to the vinegar mixture and bring back to a boil. 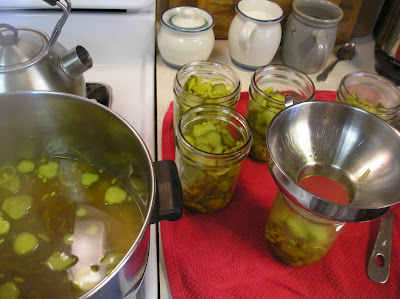 The first year or so I canned peppers and squash relish, I always ran them through the water bath canner like the directions recommended. Everything was always soft and mushy and we didn't like it. I didn't want to add any artificial, chemical crunch enhancer so I asked some friends what they did. Several people said that they didn't use the water bath. They pack hot vegetables into hot jars, cover with boiling liquid, tighten the lids down tight, cover with a cloth so they will cool slowly and let them seal. It took me a few years, but that is how we do some of our canning now. We have used this technique on jalapenos and it works quite well. But again, it is not recommended. 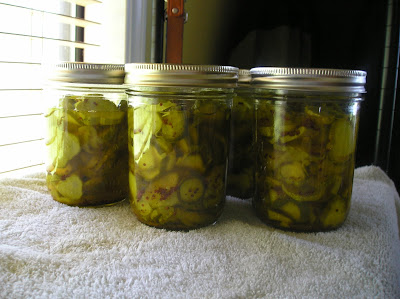 
Since this is another first time experiment, we hope they taste good and that Frank likes them better than the ones we made last summer.

Well, a few weeks later we tried the pickles. Frank said they were okay, but I think they are awful. A couple of friends came over for lunch and were gracious enough to try them even after I told them I did not like them at all. The advice I got was use less salt - they were too salty. So I am wondering if I didn't rinse them well enough, or it's just too much salt. Another comment was, they were expecting a sweeter flavor since they were bread and butter pickles, even though they knew I had used half the sugar.

And by the way, one of our young, Easter egg hens laid their first green egg today! We are excited. More about them later.

Until next time - Fern.

Posted by Frank and Fern at 5:31 PM
Labels: cucumbers, pickles