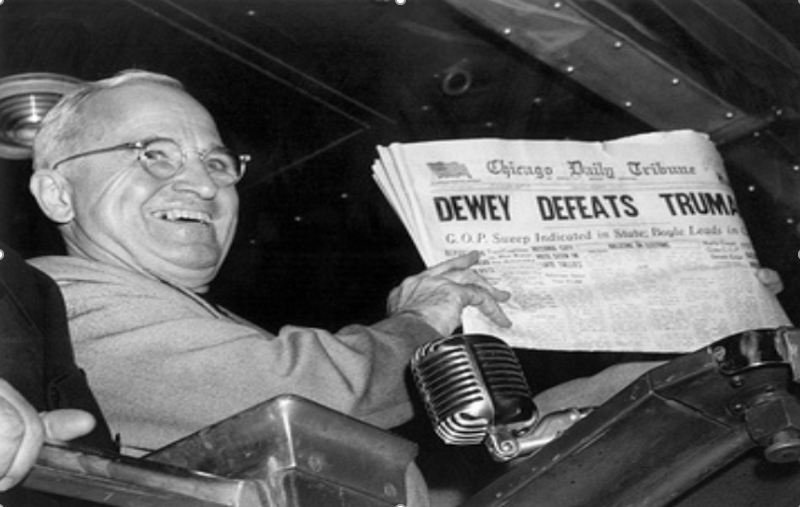 It Ain't Over Yet

Well, well, well. As stated in the title in this very short piece, It Ain't Over Yet.

No official group has declared former Vice President Joe Biden as the next President of the United States of America. The media for the most part, has declared Joe Biden as the winner, but that's not the case. World leaders have sent their congratulations to Mr. Biden. Some would say they are putting the cart before the horse. Of course, Senator Mitt Romney was one of the first to congratulate Mr. Biden.

BUT IT AIN'T OVER YET!

I take it you are reading the news. You've seen the stories about computer glitches, fake mail in ballots, official observers being barred from polling places, not to mention dead people voting. That should tell you something. You don't have to control the whole country. Here in Oklahoma, a small state, it doesn't have to be controlled. The results of the election were well known ahead of time. States like California and New York, the results were known there also. There are about ten states where it was close. If you take a couple of big cities in those states and control a couple of precincts or districts, then you can control that city's outcome, and that city will help contribute to the control of that state.

Some look at this as a nationwide problem. It's actually much smaller than we think. Take for example, the header and picture in this article.

There is a link above going to the Wikipedia article, please read it. Did Dewey defeat Truman? No. Truman won by a landslide. Read the Wikipedia piece, it's not long. 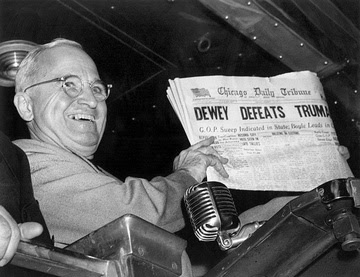 IT AIN'T OVER YET