We finally used the ground flax we bought for our sourdough bread and have begun grinding our own. We found a place to buy bulk flax in 50 lb. bags that we pour into five gallon buckets with Gamma seal lids. This is explained in this article with our bread recipe, well what used to be our bread recipe, I have changed it somewhat - again.

We are grinding the flax using the KitchenAid grinding attachment. It is slow, but does the job. When making the last batch of bread, we switched the grind to a coarser setting than what we started out with, so it doesn't take as long and the texture is good. Some folks may want a finer grind, but we like it this way. 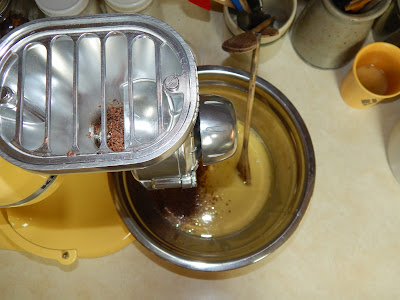 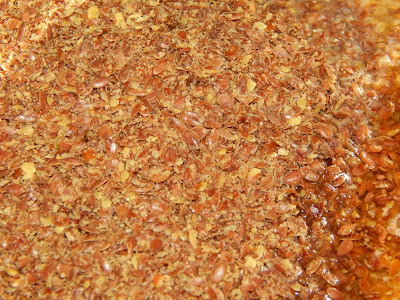 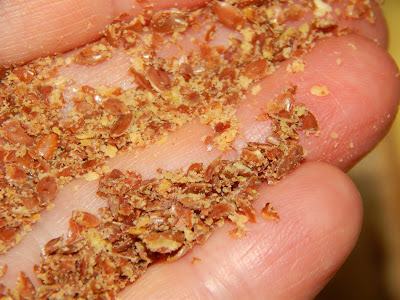 This grind is definitely more coarse than the store bought, and it also is more oily, which shows me that ground flax has some things removed to make it shelf stable, just like whole wheat flour. We are really happy to add our own ground flax to our bread. 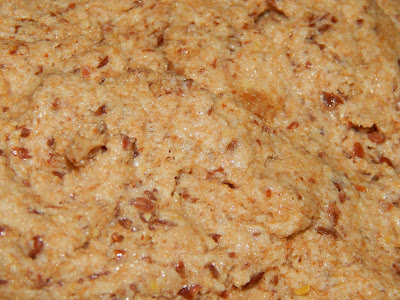 The difference in the recipe came when Frank asked me to make biscuits and gravy one day for a treat. I dug out the sourdough biscuit recipe I had used before and realized the only real difference was the addition of two tablespoons of baking soda. I also didn't knead the dough with the KitchenAid dough hooks like I did for bread. The biscuits turned out really good, they weren't crumbly from lack of kneading, so now I make regular bread the same way. I stir it in the bowl with a spoon and my hands if needed, but no kneading. That's it. Doesn't take as long and reminds me of how I used to make regular whole wheat bread without the assistance of the dough hooks and a machine.


It was time to feed the extra sourdough starter I keep in the frig when I made this batch of bread, so I also put the everyday starter in a clean jar. I pour about half of the stored starter in the everyday jar, refresh what is left with more water and flour, then return it to the frig. It's then good to go for about a month or so. Did you know that the vertical ridges down the side of a half gallon jar have an indention on the inside of the jar? Me neither, until one time I was washing the sourdough starter jar, which takes more elbow grease than a milk jar. The starter leaves a film on the inside of the jar that needs to be scrubbed well. If anyone had ever asked me, I would have said the inside of the jar is smooth and flat. It's not, and starter wants to stay in those little grooves. An old toothbrush works well to clean the grooves. 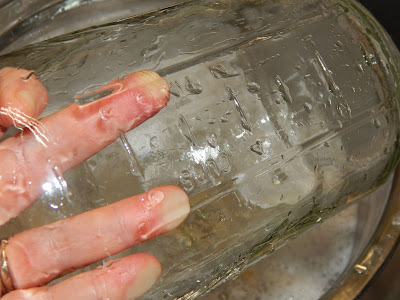 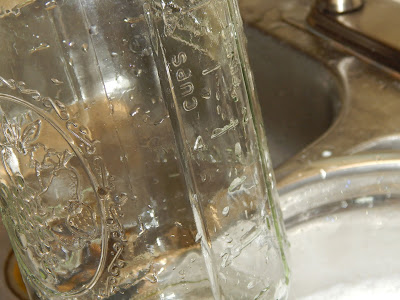 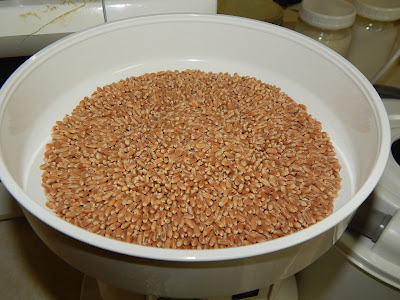 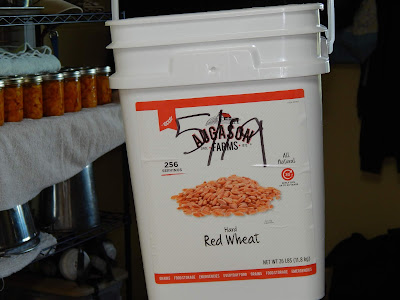 Do you know what you do when the squash starts producing? You eat lots of squash, even on your pizza. We use the same sourdough bread recipe for pizza dough that we use for everyday bread. The toppings change from time to time, depending on what we have available. This version has ground pork, frozen peppers from last summer, fresh crookneck squash, tomato sauce we canned last summer and our mozzarella. Well done, just like we like it. But the dough came out thicker than we like, so I'll leave the baking soda out of the pizza dough next time. Like Frank says, our bread and pizza never taste quite the same from batch to batch. 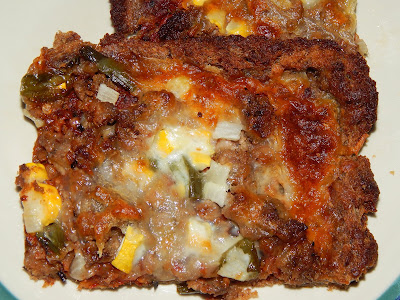 Enjoy what you have. Learn everyday. Appreciate the opportunities, talents and challenges you've been given. It's what makes life worth living.