In October 2016, a city referendum renamed the city from Barrow to its traditional Iñupiaq name, Utqiaġvik.

The non-sunset in July, 2000. The sun just went around in a circle in the sky. This was around midnight. The ripple in the water in the foreground is a baby whale. 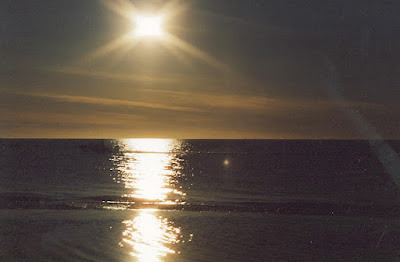 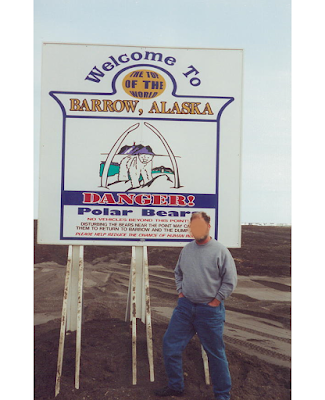 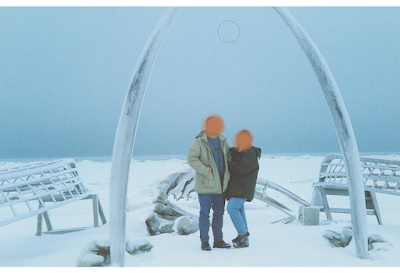 Coast Guard cutter in the background 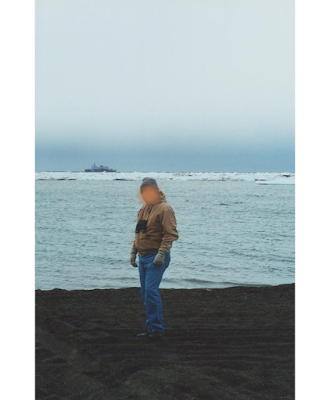 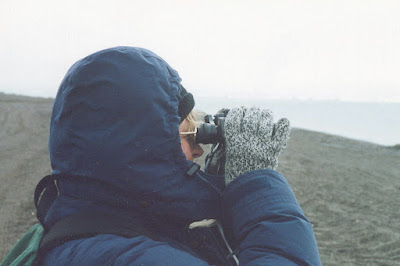 Polar bear cage used for old movie prop, somewhere out on the tundra west of Barrow. 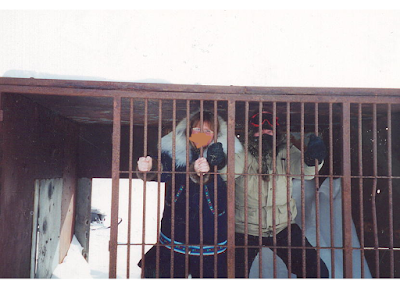 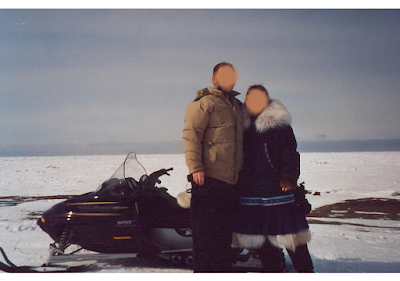 I made my parka - northern opossum liner with wolf ruff and trim, denim cover. 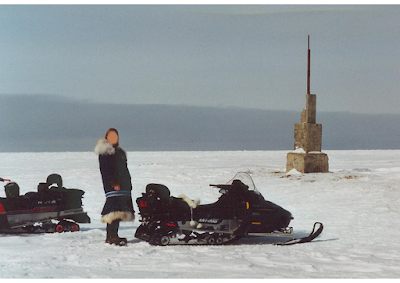 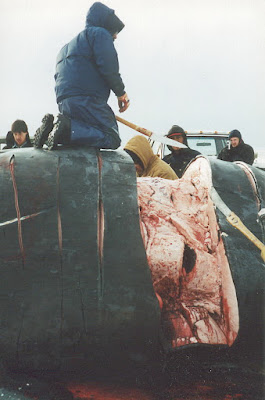 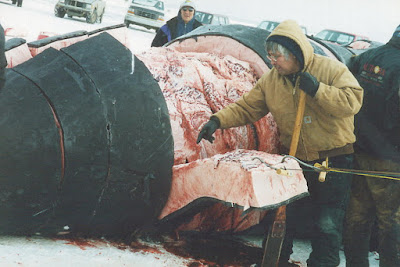 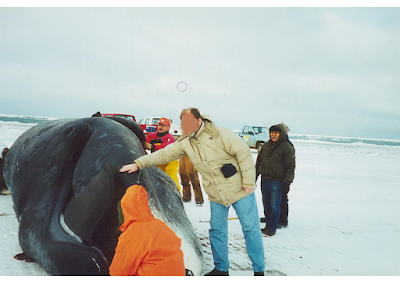 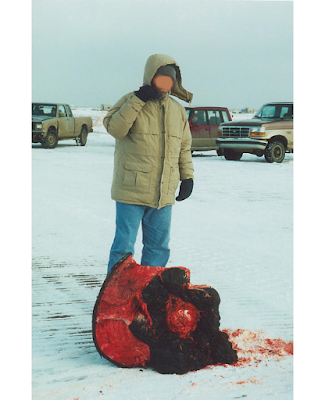 The bones and scraps were all taken out to the point, away from town so the polar bears would gather there, away from the people. 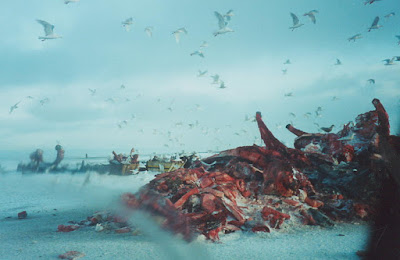 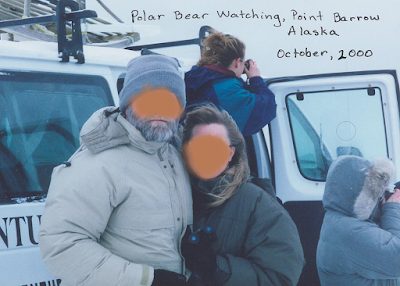 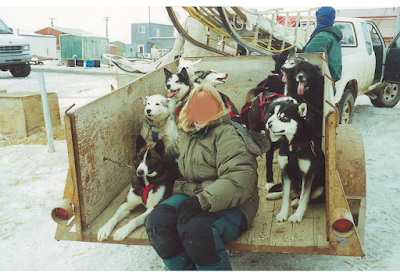 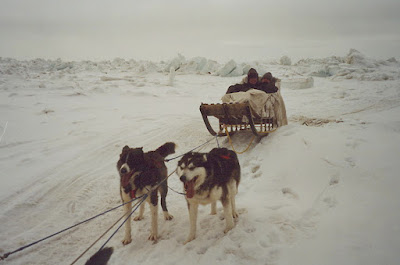 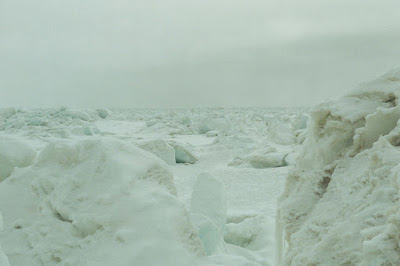 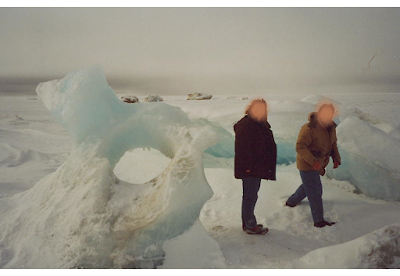