We live in a society where we can go down to the local supermarket and buy fresh vegetables and fruits of almost any variety, from almost anywhere on the planet, any day of the week. Is this a good thing? Of course it is. Has it always been this way? Absolutely not. I love going to the grocery store and being able to find what used to be considered exotic items, that are now the norm. Here is where the problem lies. The problem lies with the word norm or normal.

You see, norm hasn't always been the same norm. What was my father's normal was a whole lot different than his father's normal. To me, air conditioning is normal. When my father was a young man, most people didn't have air conditioning. When his father was young, that would be my grandfather, air conditioning as I know it, did not exist. My father used to sleep outside in the hot summer. That was the norm for him where he lived. How many people do you know now that sleep outside on hot summer nights? I don't mean kids playing, I mean adults. That would probably be zero, wouldn't it?

Getting back to the main idea here. What was normal 100 years ago, which would be about the time my grandfather was born, is vastly different than the normal where I live today. We're not just talking about ethics and morals, I'm talking about things we take for granted everyday. Simple things that you and I take for granted that in my grandfather's time, was a chore to produce these simple things, like food. 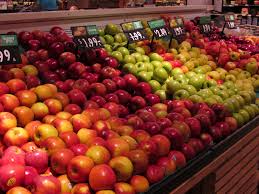 In my house, I have food from all over the world. In my grandfather's house, they had food from their garden. If they didn't grow it, they didn't eat it. They grew it, picked it, preserved it, and that's what they had to live on until the next harvest came around. I doubt very seriously that my grandfather, until he was probably 40 years old, had ever eaten an Alaskan salmon. Can you remember the stories about people receiving an apple at Christmas? That was a big deal to them. What's an apple now days? I can go down to the local supermarket and have a choice of 10 varieties, 365 days a year.

Some of us can see what is coming, and we need to think about a different norm.  Most of us have only seen society on an upwardly mobile path. If things were to change, for whatever the reason, we would experience something that few in our current society have ever seen. It won't be a backwards movement, it will still be a forward movement, it will just be in a downward direction instead of upward. Let that soak in for a while. We're are heading into uncharted waters.

This morning I was reading SurvivalBlog, which I do daily, and the main article today set with me and just wouldn't go away. I would ask you to take the time to read this article. There is nothing flashy about it, there aren't any major revelations that will come out of it, it just hit a chord with me. I want to thank Mr. Rawles for his blog site, and I want to thank the author of this story today. I would encourage you to read it. It is an easy read. The direct link is below.

We all need to be vigilant, and pay very close attention to our surroundings. Something bad is out there. Things just don't feel right. Please read the article.