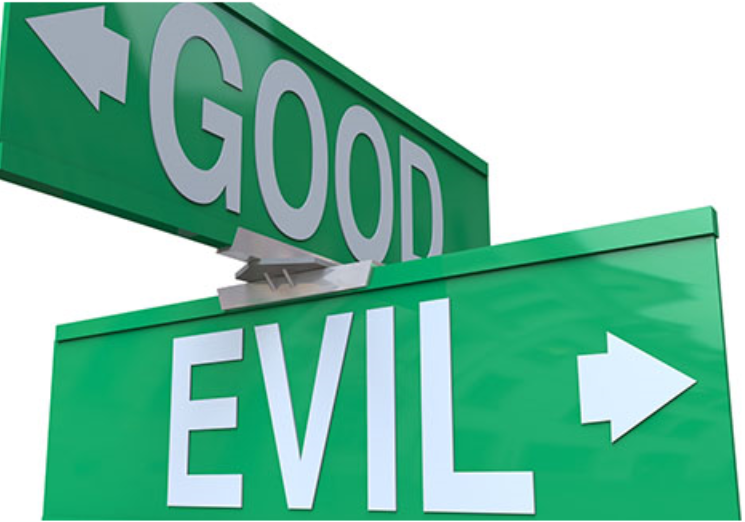 It would appear that in the very near future, radios might be a great way to communicate. Radio communication has taken a back seat to the internet and cell phones. It is easy to understand why. Internet is mighty convenient. Cell phone, I don't even stop and think at this communication marvel. 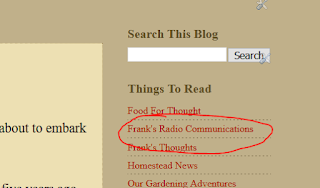 A few years back I wrote a number of articles about various radio communications. Here is a link to a list of those articles. It's also on the side bar under Frank's Radio Communications. 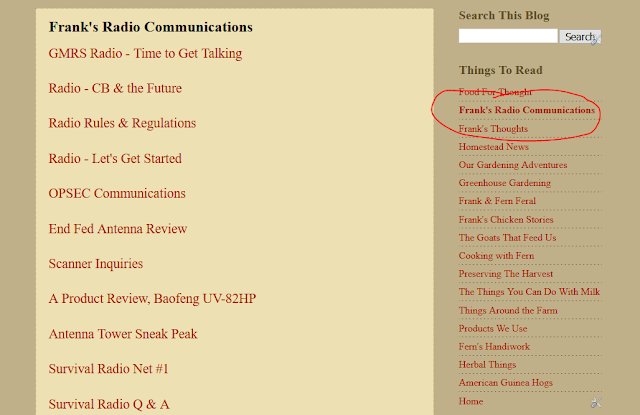 Look through some of these articles. Times are changing. If you have questions, put them in the comments. Boys and girls, we need to be able to communicate. Think about it. If you say to yourself, well I can't do that. Then you can't. If you see Bubba riding down the road in his old truck with his CB antenna on it - well he can do it. Fear of learning is common. Adults generally are not good students. Get over it. Learn.

Read some of the articles. If you don't understand it, let it soak in. Most radio is push the button and talk. I live surrounded by Bubba, it's a great place to be. Learn. Read. And do.

Always use caution when sharing information with folks you don't truly know. One last thing. Anything you say on a radio can be heard by somebody else. Don't give out phone numbers, addresses, it's called operational security, OPSEC. Let's do this.