I have come to the conclusion that it's no longer time to hide. It's time to choose and stand. We - I - have been too accepting and complacent for too long. No, you can't say that, it might hurt someone's feelings. All lives matter. Babies lives matter. No, you can't say that, it's a hate crime. Well, that's just tough. It's my opinion and I am just as entitled to it as the next person. 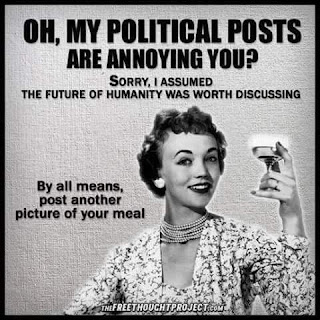 Quite some time back Frank and I told you we are no longer nice people. We aren't. We work very hard at being good, decent, honest people, but we are no longer nice. I find it quite refreshing to read about people actually standing up for themselves. Even though I don't agree with everything the current protestors are saying, I defend their right to say it. On the other hand the criminals that foment violence, looting, rioting, burning, destruction and mayhem? They need to be treated like the criminals they are. 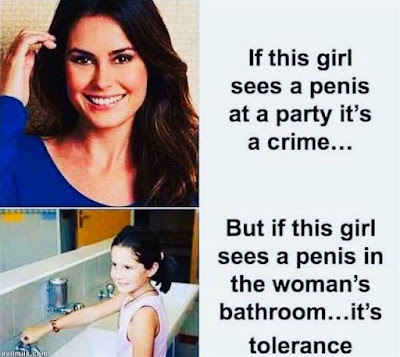 Life will never return to the 'normal' that existed as we welcomed in the New Year on January 1, 2020. Never. Is this difficult? Absolutely. But because of the virus or the economy or the intolerance, events have brought us truly to a point of massive change, one way or another. Will 2020 be the year the silent majority is no longer silent, but now emerges with a roar? Will it be the year when we finally wake up and realize that enough is enough? Or will it be the year that we watch the final death throes of life as we knew it? Life that will become one big autonomous zone of freedom where you have to be searched, follow all rules, give up any means of self defense, submit all possessions for the good of all, and face violent, physical consequences to the point of death if you do not comply. Sounds like the summer of love, doesn't it? What do you choose? Regardless of what we choose, it is probably too late. Events have been set in motion by a well organized group that has been planning, training and implementing their destruction of our country from within. They are embedded deep within our governmental structure and have been for decades. Will the roar of the silent majority sound like more than a meow even if it is expressed at all?
Have you ever read the book, Who Moved My Cheese? I would highly recommend it. Because not only has the cheese been moved, there is no cheese to be had anymore, I don't care how far you go or how long you look. It's gone. Never to be found again. So, now what?
If you have not already done so, please listen to Tucker Carlson, then we'll talk some more.
**Blogger has recently updated and done something weird with the font when creating an article. I don't know what and can't find a good size. One is too small, the other too big. Sorry about that.
We received this in an email recently. I don't know the author, but found it interesting reading.
I'm not posting this for debate. When you think the President is a jerk ...Just please consider this..,

The bottom line has been that Trump IS a jerk. He’s crude, he bloviates, he gets his feelings hurt and he’s a hot head. And he should stay off Twitter.

He’s the guy that asks why we aren’t using drugs that might work on people that are dying; what the hell do we have to lose? In spite of all the naysayers. He’s the guy that shut down travel from China, when the liberals and the media were screaming xenophobia and racist. Now they are asking why didn't he react sooner? He’s the guy that ran on securing the border in the face of a screaming press and media. When he shut down borders in the midst of the corona virus virus they were up in arms over such a draconian move. Then the rest of the world followed suit all over, including the European Union between member countries.

Has he made mistakes, yep. Everyone I know would have. All of these experts wouldn’t have done any better. Trump is working harder than I’ve ever seen a President work. He isn’t hiding in his office, he’s out front every day.

Take for instance, all the shortages of PPE’s and ventilators. I’m unaware of anything that prevented all of these governors from ordering all the PPE and ventilators for emergency purposes over the last two years. And yet, it is Trump’s fault that they didn’t.

He’s balanced his approach and listened to the experts, when his distracters said he wouldn’t and couldn’t. When he offers hope, "he’s lying" … and when he’s straight forward, "he should be hopeful". It’s a no-win, but he is not deterred by all of that BS coming from the press and the liberals.

I’ll take this kind of leadership over a nice guy that can make eloquent speeches but does nothing.

Biker logic … He is my President! 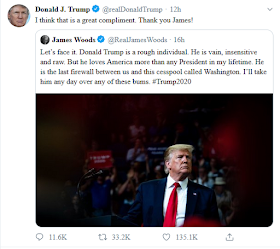 The world will never be the same as it was a few weeks and months ago. Employment opportunities have changed. The way schools function will never be the same. I attended a virtual meeting with the leadership team from the school district I continue to do contract work for. The plans they are having to put in place to deal with COVID-19 and the possible impacts it may have as school starts back in the fall are daunting. You can hear the stress in the way people try to cope with the new requirements, the concern they have for the children and the health of everyone. The stress of working adults will affect the children, which will affect the families, which will....... 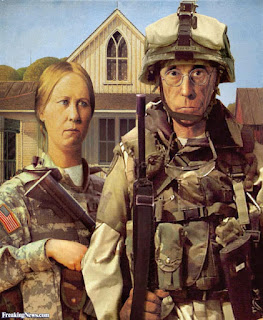 Folks, it's time. Time to choose which side you're going to be on. Actively choose. If the rioters come to your town, your neighborhood, your door, what are you going to do? If you are not allowed to speak, work, shop, vote, etc. What are you going to do? There are some locations that are starting to reimpose restrictions because of the virus. It will be the death of the economy, the country and the world if there is another massive shutdown. Impossible. I don't know if we will make it to the election. Even if we do, regardless of the outcome, regardless of who wins, I think there are those that are highly organized that are bound and determined to burn down the country and leave it in the ashes. Those that cry the loudest about oppression and the unfairness of it all, will be some of the most brutal dictators in history if they are allowed to gain the power to control our country and the world.
It's time to choose. When The Man comes around to your location, to collect your food, your guns, your fealty.....what are you going to do?
We as a people, our side if you want to call it that, has been accepting of too much for too long. When they decided it was okay to kill babies and it became law, even though we thought it was murder, we honored others right to choose. When they implemented searches in airports before boarding a plane "for our safety" we accepted it. Even when it grew to the point of groping genitals and strip searches. Even when they insisted on physically groping the elderly in wheelchairs and nuns. But not women in burkas, we can't have that now can we? 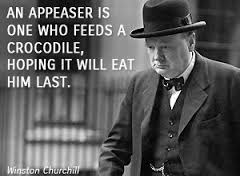 We accepted, we respected, the rights of others. But what happens when you appease and appease and appease. What happens to a dog that has no structure, no boundaries, no limitations? It becomes more and more aggressive in it's demands to be fed, it's demands for freedom, to wantonly destroy or pursue anything that comes within it's realm. Then when that is not enough, it invades any territory it comes upon and makes it's demands known. You will do as I want or I will hurt you. I will kill you. How many times a year do we read about a dog mauling someone to death? An innocent person walking down the street. A child that came over to play.
When The Man comes around will you be ready? This song can be interpreted in a number of different ways. I choose not to lay down and go peacefully into the potter's field when The Man comes around. What will you do? Time is short. It's time to choose and be ready.
It's already a hot summer. Listen to Frank. He says it's going to be a very, very hot summer. Don't ever get on the bus.
Until next time - Fern
Frank and Fern at 4:17 PM